Ok ok, I get it. All is right in the world ONLY when threads are SAFE. Always. But what exactly does that mean? 🤔 I get the basic principle.. thread safety means a value should not be accessed by multiple concurrent threads, or else bad things happen. 😈 For instance, an algorithm powering an ATM isn’t thread safe, and multiple people withdraw money from the same bank at the same time… well, uhh… UH OH! 💸👋 All that makes sense, but I wanted to see what can happen when two threads access a value at the same time (causing a race condition). In doing so, I found breaking it down into something super simple actually quite easy to grok (in practice, the root of thread safety is buried layers of abstractions away). So that’s what I’d like to do here.

Now let’s say we have a shared manager (singleton) we use throughout our app. This is common practice in a lot of iOS apps (even Apple uses it: URLSession.shared, FileManager.default, etc.). It’s a very easy way to manage shared state throughout.

Notice we inject an instance of our jar into the manager when we create it. So somewhere at the start of our app, we’d do something like DoggyTreatManager(jar: Jar()).

Now let’s add a method to dispense treats. For some reason this dispensing process requires a lot of computational power (like I said, spoiled pups 🤷‍♂️). Let’s add this method to our DoggyTreatManager class:

By the way, if you’re following along, you can define someReallyExpensiveCalculation() like so:

Hmm… these spoiled pups got whatever they wanted! 🤔 This is because we removed treats from the jar on a background thread we put to sleep for 2 seconds. The guard at the beginning of the method is executed at the same time, when there are plenty of treats in the jar. Both threads are accessing the dogTreats value at the same time… before it gets updated!

One way to fix this is by using NSLock. However, this can be a little risky because if you lock a thread without unlocking it (or accidentally lock the same thread twice) you’re caught in a DEADLOCK. 😱😱😱

Works. I guess. But it’s messy and in my opinion signifies a bigger issue with this code. The bigger issue may be the mutable dogTreats property… or the singleton (DoggyTreatManager). Anyhow, refactoring further is out of scope for this post, but feel free to leave any comments with further suggestions or thoughts. Hope this helps give a little more clarity to what thread safety really means in practice!

It really helps to play around with this stuff. Download the repo and open it up in a Playground.

Oh! I almost forgot! Would be rude not to end this post without showing off the spoiled pups who robbed the treat jar! 🐶🐶 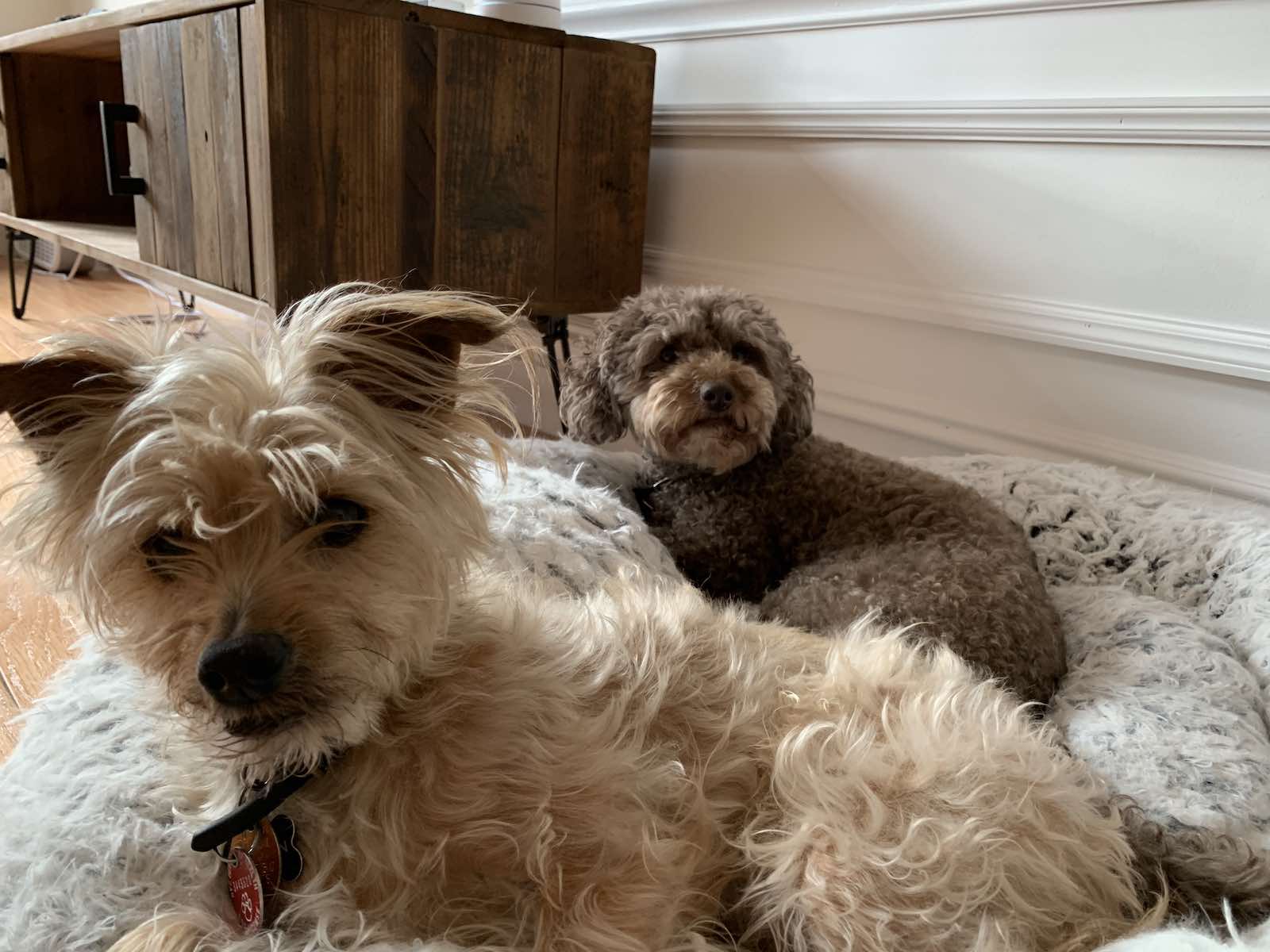