An engineer who can write code so it works everywhere is the ultimate dream for many companies. We try to do the same thing across one *stack* even (“full stack” developer anyone?). Is this a dream or a reality? React Native seems to be tackling this battle and *maybe* they’ve come close to cracking it. Or maybe it’ll never happen and we’ll all be writing code for specific platforms… FOREVER 😱. After all, this has been an issue for a long, long time (PC and Mac in the 80s and 90s, and I guess still?). Is React finally solving this?

The case of React Native is an interesting topic for me – I’ve spent most of my career as a web developer (although admittedly very little React) and recently transitioned to iOS development (and I absolutely ❤️ Swift 😍). So, right now, I really don’t *want* to go back to writing JS, but I recently came across a talk from UIKonf that intrigued me to at least hear out the case for React Native. The interesting part about this talk is its perspective given by an iOS developer, not one of the millions of people out there who can’t stop talking about how great React is. He makes some interesting points, both for and against, which I’ve recapped below.

First, the talk from UIKonf

What did I learn? 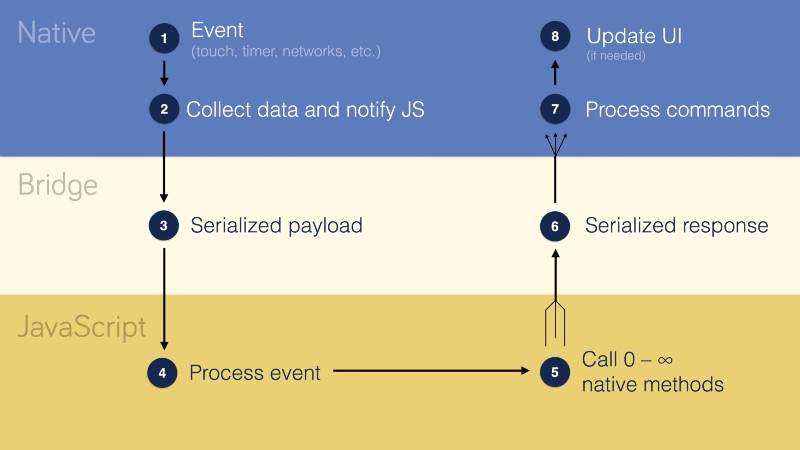 So… React Native is the answer?

I don’t know. Here’s where I can see it being quite useful:

So why *not* use React Native?

Well, I can only assume there are performance issues when building apps at scale. This is mentioned in the talk, but then reasons are given why this isn’t really an issue. I don’t know, I’m not convinced. Why would Facebook not write their entire app in React Native if this is really the case?

The talk also mentions bugginess and general concerns around the framework being young as reasons to avoid it, but those things are only issues a matter of time. Honestly, it seems like a lot of the avoidance is because developers don’t want to move away from Swift and the iOS ecosystem (myself included 🙋‍♂️).

What do you think? What are the pitfalls and why would this not be the answer to an age old issue of writing code that works across multiple platforms?